Colorado auto dealers had a banner year in 2015 reaching a record 203,471 new car registrations. This topped the previous high of 198,910 in 2002. Auto sales were driven by low gasoline prices, easy access to credit and low interest rates. In addition, Colorado experienced strong net migration and solid employment growth in 2015.

The number of new car registrations has almost doubled between 2009 and 2015. 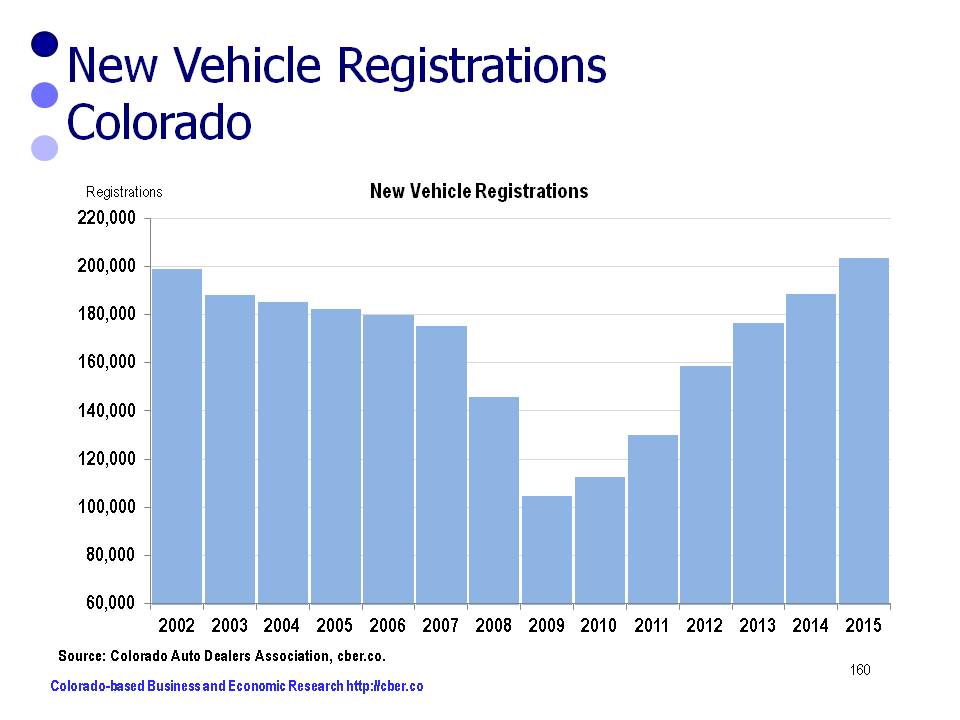 Almost 45% of the 2015 new registrations were for Japanese brands and 39% were for the top three Detriot brands. Slightly more than 10% were European brands and the remaining 6% were Korean brands.

The vehicle segments with the largest gains in market share, 2015 vs. 2014, were compact and compact luxury SUVs. The largest losers were standard mid-size cars and sub-compact cars.

The categories where there was no change in leadership were:
• Near luxury car
• Full-size SUV
• Mid-size SUV
• Sports car

The source for the data in this post is the Colorado Auto Dealers Association.