This is in sharp contrast to the previous three months. The data for July showed a gain of 600 jobs; an increase of 1,600 workers was posted in August, and a decline of 1,600 jobs showed up in September.

If these numbers prove to be accurate, it is reasonable to raise the question: Which is the anomaly – the posted employment for July through September or the employment for October? 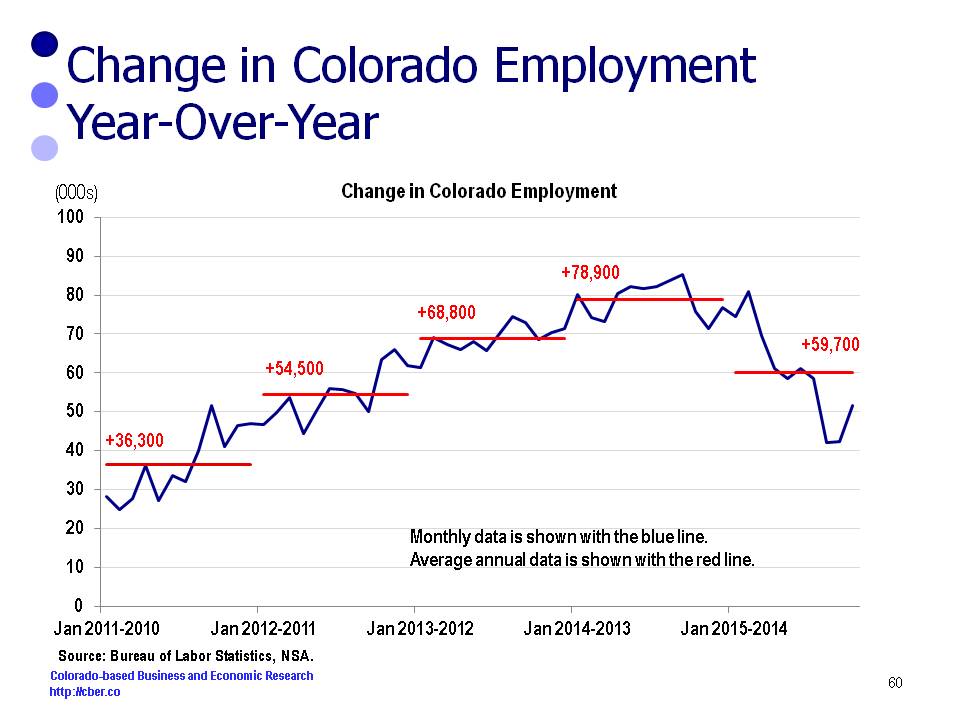 The state’s job growth is led by the health care, construction, and accommodations and food services industries. There are fears that construction growth will be constrained by the lack of trained workers.

In addition, all of the state’s MSAs have shown solid to strong job growth. Local governments are continuing to spend and the state government is offering more tax incentives to out-of-state companies to move to Colorado.

A review of the top news stories for the past month echoes the sentiment of state leaders (Office of state Planning and Budgeting and Colorado Legislative Council) who say that the economy is on solid footing.

A majority of the coverage about the economy is very positive, however, there is one story that is unsettling. Union Pacific is laying off workers in Denver and BNSF is following suit in other states. While there is reason to be concerned about the individuals who are furloughed or laid off, there is greater concern because the railroads are facing decreased demand for shipments (coal, oil, agriculture products, and industrial products). This suggests there may be something fundamentally wrong with the overall economy, i.e. manufacturing may be woefully weak.

Another note of concern, the state of Colorado is expected to take in record levels of revenue, yet it will experience a budget shortfall for a variety of reasons beyond the control of state legislators. Special interest groups are addressing this issue, but there is limited interest in their efforts.

The bottom line is the Colorado economy is on solid footing, at least for the moment.