The best description of the 2018 Colorado economic forecast is steady. 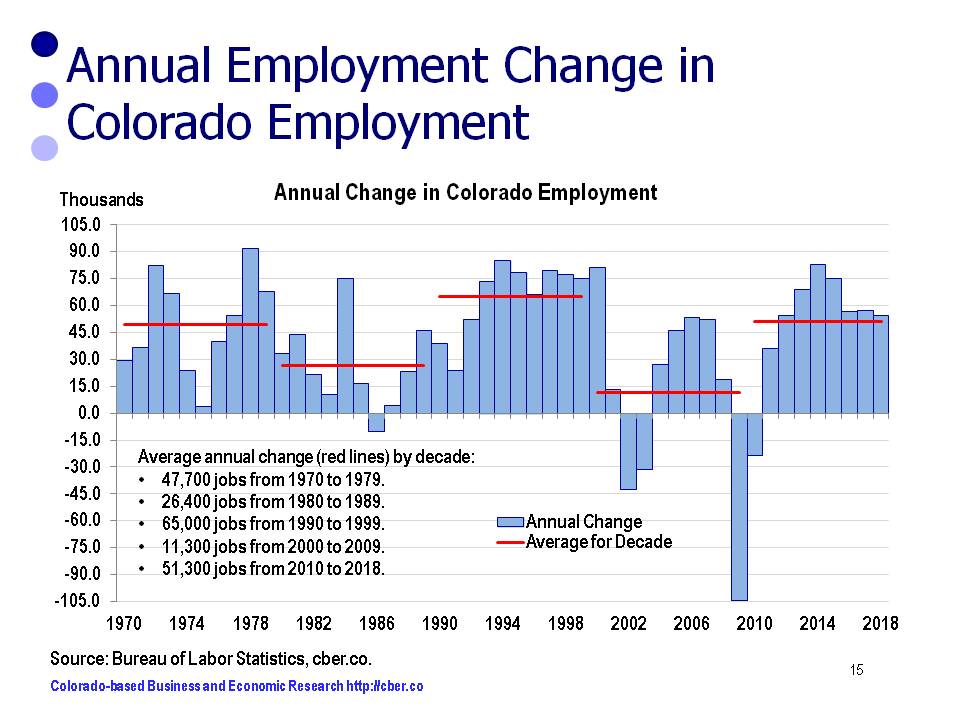 Watch for the following on Colorado’s economic front in the coming months.

There will be ups and downs, but 2018 will be a good year! It will be steady!

Last week, cber.co released its Colorado economic forecast for 2016. As is the case with most forecasts, the primary focus of the Colorado forecast is employment. As economic developers say, “it all starts with a job.”

Each year the forecast provides an optimistic, pessimistic, and most likely scenario.

The projected likelihood of this scenario is 18%. The Colorado economy has experienced solid job growth since 2012; however, given the slowdown in the global economy and the lower price of oil, it is unlikely the state will experience accelerated growth.

The pessimistic scenario calls for:
• U.S. Real GDP growth will be less than 2.3%.
• Less that 67,000 Colorado workers. Job growth will be less than 2.7%.
The projected likelihood of this scenario is 22%. While the global and U.S. economies are expected to see slight growth in output, the Colorado economy could be derailed if the price of oil stays low and the global economy slows further.

Despite downside risks there is a 55% likelihood this forecast will occur. Since 2012 growth has been steady and broad-based. Much of the growth has been in sectors such as tourism, which have an indirect link to the extractive industries.

The bottom line – look for continued job growth in Colorado, but at a slower rate than 2015. 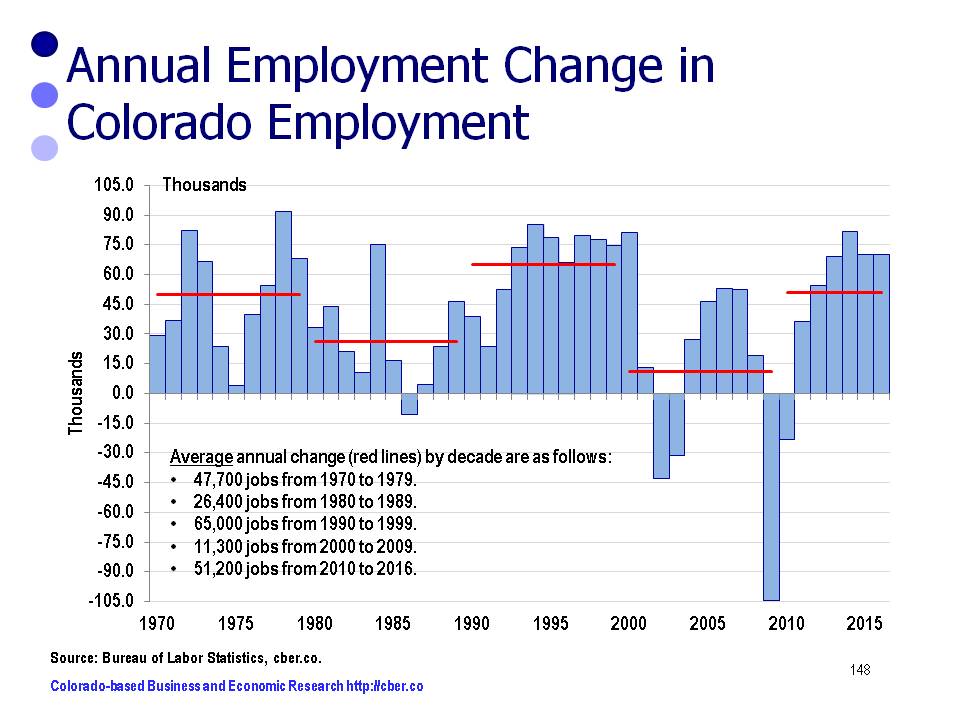